As requested by Mr. Daisy, I’ve added a new page to the Daisy’s Crazy Yard section detailing some of the easy-to-grow veggies I do in pots on my patio.

I’ve been trying to build a carriage house. Or an addition. Or ANYTHING.

February 2021- First builder. Worked with them for three weeks on possible designs/budgets. Then they said, “Oh, well, we’re going to rip out the concrete in your laundry room to run a new water line, but you’re responsible for having new concrete poured and drywall replaced after we rip out what you have. We don’t do repairs.” Me: Buh-bye!

March 2021- Second builder. Kind, honest guys, but inexperienced. Worked with them for seven months before they sadly let me know that they couldn’t possibly do the project within the budget. They suggested I do an addition instead and recommended a great guy.

September 2021- Third builder. Best. Builder. Ever. Trustworthy, competent, clearly practical and economical, in the business for years. Worked with him for three months when… he suddenly had to quit construction for personal reasons. Clearly, I am cursed. He assures me the man he works with will take over my project.

January 2022- Fourth builder. Despite assurances from builder three that my project would be taken over by builder four, all email and phone pleas for a response that this was indeed the case went completely unanswered for weeks on end. Builder number four did eventually, weeks later, send me a budget for the project with no explanation for the ghosting, no reassurances, literally nothing at all but a budget sheet. But by that time I was already working with…

February 2022- Fifth builder. OK, forget these small companies. This is a HUGE company, awards, five stars, etc. I would pay out the nose for the security of a builder who wouldn’t bail on me, but so be it. Worked with them for two months. But- it’s all wrong. Layout is wrong, basic construction is wrong. Includes gas line extension from main house despite the fact that the main house HAS NO GAS LINE. Among tons of other mistakes. Their response? “Don’t worry about it, sign the contract saying that you are committed to this. We can fix it later.” My lawyers: “Run! Run like the wind!!”

April 2022, today- Sigh. We may just buy a condo. Yes, I’ve invested over a year of my life, nearly every spare moment, into this project. I let all my personal things go- fun stuff, website, even a lot of my normal exercise and self care. But maybe this is what it took to get here. Or, maybe, in a few months I’ll be back to trying to build this addition. Either way, for now I have a life again. And here I am!

The webpage is having retroactive growing pains. When learning how to organize and construct a website (well I’m still learning that, but earlier in the process) I put in too many pages linking to one another. So today I combined two of the Growing Milkweed pages and removed the landing page I had created for them, leading to a (hopefully) more seamless experience. Grow, website, grow!

… for bringing to our notice the old Italian aphorism, “Perfect is the enemy of good.” I worked on the Lawn page today. It is not perfect. But it is good. I can add more to it at a future date- backyard foraging! ducks, deer, chipmunks! – but tomorrow I will move on to a new section since I have only a month(!) to have the site ready for visitors.

The work here continues, more some days, less others. Today was less. Today I finished the Raising Butterflies landing page. Tomorrow I’ll work on the content there some more.

But that’s how to accomplish big tasks- bird by bird. Or in this case, butterfly by butterfly.

The butterfly counts not months but moments, and has time enough.

I was reminded of this quote as I sighed and wished I had more time here today. It seems especially apropos given that today I have been working on the Raising Butterflies landing page. I managed to convert it to Block editor, put in some more visually appealing images for the links, and combine two sections that should have been together from the start. I had wanted to finish that page today, but tomorrow is just as good. I have time enough.

Today I had about twenty minutes to work here, so I decided to spruce up the Daisy’s Crazy Yard landing page. It took me an hour. BUT I now know how to link to a page from both the image and the text in a Media Text block, so go me. Anyway, it looks much better. So much pretty clip art!

You may have noticed there was a pandemic.

We saw it coming a bit earlier than some, here at Chez Daisy. Everything stopped as we prepared and then endured. By the beginning of last February we were focused on the critical things. Optional things paused, including my work on this website.

In the last few months I’ve been thinking about this space again. Now I am suddenly thinking about it with considerably more intensity as we are about to build an ADU in our backyard. An ADU is an Accessory Dwelling Unit, aka coach house or tiny house or as we call it, the Little House on the Prairie Restoration. Daisy’s Crazy Yard in the suburbs is about to get developed. A Little. (see what I did there?)

The vast majority of my garden beds will remain undisturbed. Plants will grow, butterflies will be raised, bunnies will frolic. The ducks will be grumpy, but I’m sure they’ll return next year.

I’m going to share the details of the construction here. If my neighbors are anything like me, they’re sure to enjoy having their curiosity satisfied regarding the process.

But this means we’re about to have visitors so I need to get this space in shape! I’m giving myself until June 1st to get the base site complete. Many things will get pulled, everything else will get freshened up- I’m finally caving and learning Block Editor, so things will look sharper. I’ll do daily updates in this posts section to help motivate me to make progress each day.

The last few days I’ve been working on visual layouts for the website, since I needed a break from the caterpillar care dissertation. Most of this has happened behind the scenes, and quite a bit of it was a complete failure and ended up on the scrap heap. However, I finally managed a n 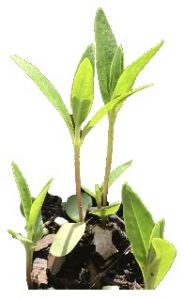 ice pictorial link for the milkweed:

I also worked on a squirrel pic which I am not super happy with, but which will do. I’ll install it tomorrow. See below: 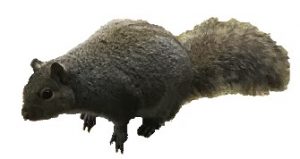 Don’t even ask about the grackle pic. Sigh.

Today I put up two more pages of content on the raising caterpillars page and added in some things to the earlier text that I had forgotten. Two thirds of the way through the caterpillar info now, then I move onto the butterflies themselves. I knew this was going to take forever.